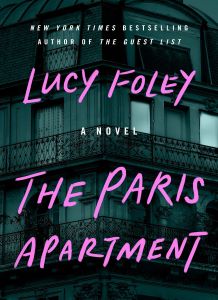 Jess needs a fresh start. She’s broke and alone, and she’s just left her job under less than ideal circumstances. Her half-brother Ben didn’t sound thrilled when she asked if she could crash with him for a bit, but he didn’t say no, and surely everything will look better from Paris. Only when she shows up – to find a very nice apartment, could Ben really have afforded this? – he’s not there.

The longer Ben stays missing, the more Jess starts to dig into her brother’s situation, and the more questions she has. Ben’s neighbors are an eclectic bunch, and not particularly friendly. Jess may have come to Paris to escape her past, but it’s starting to look like it’s Ben’s future that’s in question.

Everyone’s a neighbor. Everyone’s a suspect. And everyone knows something they’re not telling. 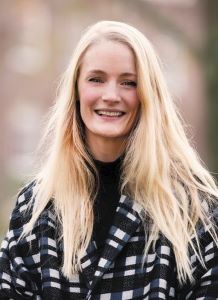 Lucy Foley is the No.1 Sunday Times bestselling author of The Hunting Party, The Guest List, and her newest book The Paris Apartment with two and a half million copies sold worldwide. Lucy’s thrillers have also hit the New York Times and the Irish Times bestseller lists, been shortlisted for the Crime & Thriller Book of the Year Award at the British Book Awards, selected as one of The Times and Sunday Times Crime Books of the Year, and The Guest List was a Reese’s Book Club choice. Lucy’s novels have been translated into multiple languages and her journalism has appeared in publications such as Sunday Times Style, Grazia, ES Magazine, Vogue US, Elle, Tatler, Marie Claire and more. - Author's website

From the author of The Hunting Party (2019) and The Guest List (2020) comes this exceedingly clever new novel. Jess arrives at her brother Ben's apartment in Paris to find that Ben seems to have disappeared. She talks to the other residents of the small apartment building, but no one seems to know what might have happened to him, although we know, from chapters written from the residents' points of view, that something is not quite right. What's especially interesting about the novel, apart from the deft characterizations and the overall feeling of dread, is the way Foley is cagey about exactly what kind of story this is. Could it be a riff on the Agatha Christie abundance-of- suspects theme? Could it be a twist on the traditional locked-room mystery? Could it be a psychological thriller? Could we be dealing with an unreliable narrator? Who, exactly, is Ben? What kind of man is he? What is he capable of? The author keeps Jess and the reader guessing right up to the end. A fine suspenser from a writer who consistently delivers the goods.

Jess Hadley, the gutsy heroine of this well-paced mystery from bestseller Foley (The Guest List), arrives at the swanky Paris apartment building of her aspiring journalist half brother, Ben Daniels, after fleeing her latest unpleasant job in England. But Ben is not there and doesn't show up the next morning. When Jess asks the other tenants about her brother, all of them--including imperious penthouse dweller Sophie Meunier, a blackmail victim; timid 19-year-old Mimi, who's infatuated with Ben; and aggressive drunk Antoine, who suspects Ben has seduced his wife--deflect her questions. In her search for Ben, Jess learns the building's tenants are members of a single family with secrets to hide. After an editor Ben worked for takes Jess's worries about his disappearance seriously, the details of those secrets start to emerge, along with a credible portrait of a deeply damaged family. Amid plenty of red herrings and distinctive characters, each shifty in their own way, the relentlessly bleak plot builds to an uplifting twist ending that feels neither pat nor overly rosy. Foley reliably entertains. Agent: Alexandra Machinist, ICM Partners. (Feb.)

After Jess has a run-in with the boss at the restaurant where she works, she retaliates by stealing money from the cash register and heading across the Channel to hide out with her brother Ben in Paris. When she arrives at the  unexpectedly swanky building where he lives, Ben is nowhere to be found, despite having told her he'd be waiting up for her. Small details unsettle her: a cat that has what looks like blood on its fur; Ben's St. Christopher medal in a crack on the floor, even though he never took it off. When she approaches the building's other residents for help, they're all strangely reticent, and when Jess finds a hidden door in the living room wall that opens onto to a staircase with peepholes into every apartment in the building, her investigation into her brother's whereabouts ramps up. Foley's (The Guest List) latest is another well-paced, suspenseful locked-room mystery with shifting points of view, though the eventual solution to the puzzle is not as satisfying as in her earlier books. VERDICT Foley's fans, especially those willing to suspend their disbelief about some of the more unlikely plot twists, will enjoy.--Stephanie Klose 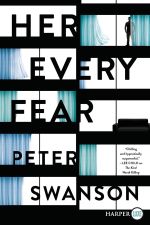 Growing up, Kate Priddy was always a bit neurotic, experiencing momentary bouts of anxiety that exploded into full blown panic attacks after an ex-boyfriend kidnapped her and nearly ended her life. When Corbin Dell, a distant cousin in Boston, suggests the two temporarily swap apartments, Kate, an art student in London, agrees, hoping that time away in a new place will help her overcome the recent wreckage of her life. 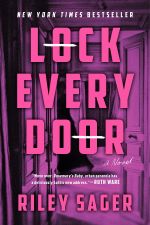 No visitors. No nights spent away from the apartment. No disturbing the other residents, all of whom are rich or famous or both. These are the only rules for Jules Larsen's new job as an apartment sitter at the Bartholomew, one of Manhattan's most high-profile and mysterious buildings. Recently heartbroken and just plain broke, Jules is taken in by the splendor of her surroundings and accepts the terms, ready to leave her past life behind. As she gets to know the residents and staff of the Bartholomew, Jules finds herself drawn to fellow apartment sitter Ingrid, who comfortingly reminds her of the sister she lost eight years ago. When Ingrid confides that the Bartholomew is not what it seems and the dark history hidden beneath its gleaming facade is starting to frighten her, Jules brushes it off as a harmless ghost story . . . until the next day, when Ingrid disappears. Searching for the truth about Ingrid's disappearance, Jules digs deeper into the Bartholomew's sordid past and into the secrets kept within its walls. What she discovers pits Jules against the clock as she races to unmask a killer, expose the building's hidden past, and escape the Bartholomew before her temporary status becomes permanent. 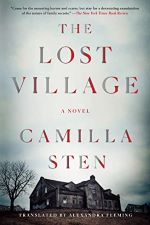 One day in 1959, an entire village of people disappeared--leaving behind only the broken body of a woman in the town square, and an abandoned newborn in a schoolroom. No one knows why they vanished. Documentary filmmaker Alice Lindstedt has been obsessed with the vanishing residents of the old mining town since she was a little girl. Her grandmother's entire family disappeared in this mysterious tragedy, and ever since, the unanswered questions have plagued her. She's gathered a small crew of filmmaking friends to spend a few days in the quiet village and make a film about what really happened.Not long after they've set up camp, mysterious things begin to happen. Equipment is destroyed. People begin to go missing. As doubt breeds fear and their very minds begin to crack, one thing becomes startlingly clear to Alice: they are not alone.