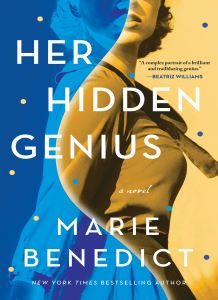 Rosalind Franklin has always been an outsider―brilliant, but different. Whether working at the laboratory she adored in Paris or toiling at a university in London, she feels closest to the science, those unchanging laws of physics and chemistry that guide her experiments. When she is assigned to work on DNA, she believes she can unearth its secrets.

Rosalind knows if she just takes one more X-ray picture―one more after thousands―she can unlock the building blocks of life. Never again will she have to listen to her colleagues complain about her, especially Maurice Wilkins who'd rather conspire about genetics with James Watson and Francis Crick than work alongside her.

Then it finally happens―the double helix structure of DNA reveals itself to her with perfect clarity. But what unfolds next, Rosalind could have never predicted.

Marie Benedict's powerful new novel shines a light on a woman who sacrificed her life to discover the nature of our very DNA, a woman whose world-changing contributions were hidden by the men around her but whose relentless drive advanced our understanding of humankind. 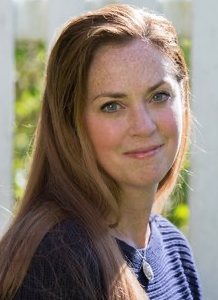 Marie Benedict is a lawyer with more than ten years' experience as a litigator at two of the country's premier law firms, who found her calling unearthing the hidden historical stories of women. Her mission is to excavate from the past the most important, complex and fascinating women of history and bring them into the light of present-day where we can finally perceive the breadth of their contributions as well as the insights they bring to modern day issues.

She embarked on a new, thematically connected series of historical novels with The Other Einstein, which tells the tale of Albert Einstein's first wife, a physicist herself, and the role she might have played in his theories. The next novel in this series is the USA Today bestselling Carnegie’s Maid -- which released in January of 2018 -- and the book that followed is the New York Times bestseller and Barnes & Noble Book Club Pick The Only Woman in the Room, the story of the brilliant inventor Hedy Lamarr, which published in January of 2019. In January of 2020, Lady Clementine, the story of the incredible Clementine Churchill, was released, and became an international bestseller. Her next novel, the Instant NYTimes and USAToday bestselling The Mystery of Mrs. Christie, was published on December 29, 2020, and her first co-written book with the talented Victoria Christopher Murray, the instant NYTimes bestseller and Good Morning America Book Club Pick THE PERSONAL LIBRARIAN, was released on June 29, 2021.

Her latest novel, Her Hidden Genius, about the brilliant British scientist Rosalind Franklin who discovered the structure of DNA but whose research was used without her permission by Crick and Watson to win the Nobel Prize, releases on January 25, 2022. Writing as Heather Terrell, Marie also published the historical novels The Chrysalis, The Map Thief, and Brigid of Kildare. Marie's novels have been translated into twenty-nine languages.  - Author's website

Benedict adeptly brings forward another accomplished, intriguing, and unjustly overlooked or oversimplified real-life woman in a welcoming and involving historical novel. Here she returns to the realm of science, where she began with The Other Einstein (2016), to fictionalize the life of English chemist and X-ray crystallographer Rosalind Franklin. Readers are privy to Rosalind's inner world as she refuses to be deterred by family objections to her nontraditional life or derailed by the sexism she encounters in academia. She thrives in a congenial lab in Paris, where she makes extraordinary breakthroughs, falls in problematic love, and ignores cautions about working with radiation. Back in England, Rosalind, as Benedict so vividly elucidates, makes groundbreaking discoveries of the molecular structure of viruses and DNA, only to have Francis Crick and James Watson take credit for her work. Benedict subtly foreshadows Rosalind's death at 37 from ovarian cancer while conveying her vitality, conviction, and passion as she designs and conducts exacting experiments, writes and presents numerous significant papers, travels, and climbs mountains. Tough, forthright, and assiduous, Rosalind insists on doing science right and for the right reasons. Readers inspired to learn more about Franklin will enjoy Howard Markel's biography, The Secret of Life (2021).

Following The Mystery of Mrs. Christie, Benedict shines a light in this underwhelming story on Rosalind Franklin, the British chemist and X-ray crystallographer who dedicated her short life to uncovering the DNA molecule's structure. Rosalind begins researching X-rays in 1947 at a Paris lab where men and women are treated equally. Entranced by mentor Jacques Mering, she's about to return his romantic overtures when he mentions he's married. His subsequent affair with a new researcher is the catalyst for Rosalind to give notice and find a position in London. There she runs into staid British attitudes about women in the workplace and contempt for her work, which is now centered on DNA. The author details Rosalind's many run-ins with colleague Maurice Wilkins, who is in cahoots with molecular biologists James Watson and Francis Crick at a rival lab. In fact, the now-famed duo win the race to construct a DNA molecule model by essentially stealing years of Rosalind's painstaking work. The author spends a lot of time hammering on the well-known misogyny Rosalind faced, and tries to explicate her subject's discoveries; on the latter, she achieves varying degrees of success. Much has been written about the real Franklin, and unlike Benedict's other fictional chronicles of historical women, this doesn't add a whole lot to the story. (Jan.)

Best-seller Mitchard (The Deep End of the Ocean, the inaugural pick for Oprah's book club) sets the tone for her suspenseful new novel with its opening line: "I was picking my son up at the prison gates when I spotted the mother of the girl he had murdered." Thea tells the story, past and present, of her son Stefan and how he killed his beloved girlfriend Belinda. Belinda's mother, Jill, had been a close friend of Thea's, until the murder shattered multiple lives. As Stefan and Thea try to move forward, they're hassled by violent protestors and viciously stalked. The novel takes on a tinge of mystery when Thea starts getting strange phone calls from a young woman who "knows everything" about the night of the murder and says to tell Stefan "I'm sorry." Who is this caller, and what does she know? And what happened that awful night? Mitchard's emotional yet precise writing sets readers firmly in the story, amid the Wisconsin weather and the characters, from Thea's calm football coach husband to her not- so-sympathetic colleagues at the university where she teaches. VERDICT An engaging journey through redemption, forgiveness, and a mother's devotion.--Beth Gibbs, Davidson, NC

Dr. Rosalind Franklin, whose pivotal role in the discovery of DNA was overlooked, gets her due in Benedict's scholarly novel. The story begins in 1947, with Franklin's Paris period. After the unwelcoming attitude of London's scientific community, the atmosphere of the Paris lab is exhilarating for the 26-year-old chemist. There, her gender and bluntness are not held against her, and she fits right in with her fellow researchers. Her expertise in X-ray crystallography, a technique for documenting molecular structures, is honed while studying coal and carbons. But in 1951, a distracting obsession with her womanizing supervisor, Jacques Mering, whom she wisely rebuffs, drives her back to London and a fellowship at King's College, where she deploys crystallography to map DNA molecules. Her path crosses those of other DNA sleuths, including her fractious colleague Maurice Wilkins and Francis Crick and James Watson, two Cambridge researchers who will later claim all the glory and the Nobel Prize. Though her minute detailing of Franklin's experiments, not to mention the data-freighted dialogue, can be eye-glazing, Benedict's conclusions are sound: Franklin is way ahead of the men in verifying the structure of DNA and its helix shape. But Franklin's methodical habits in amassing data work against her in the race to take credit for her 4 groundbreaking discoveries. The men, especially Wilkins, who undermines her at every turn, and Watson, who's not above snooping in her workspace, don't share Franklin's qualms about publishing results based on incomplete research. After leaving what would now be described as the hostile work environment at King's for Birkbeck College, Franklin's work on RNA paves the way for antiviral vaccines. But the denouement drags as Benedict seems unsure whether her protagonist should bridle at her unfair treatment or simply move on, as the real Franklin seems to have done, leaving her scores to be settled by others, posthumously. The cancer that killed Franklin in 1958 may have been attributable to long-term exposure to X-rays--like many of her peers, she was cavalier about safety precautions. Wise behavior seldom makes for electrifying fiction. Copyright (c) Kirkus Reviews, used with permission. 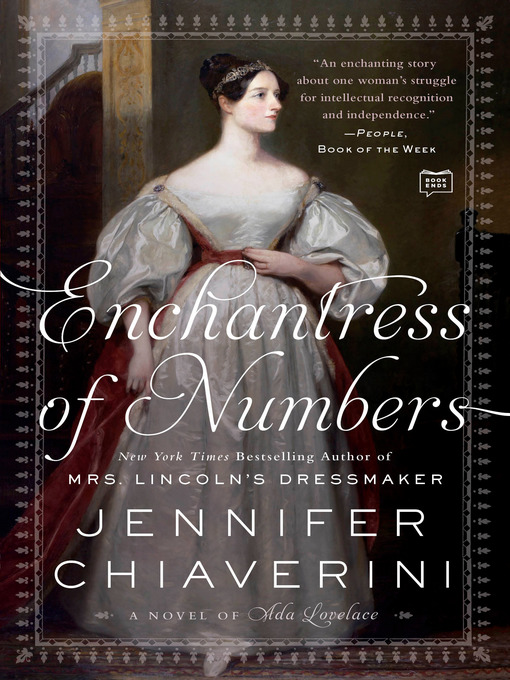 In Enchantress of Numbers, New York Times bestselling author Jennifer Chiaverini unveils the passions, dreams, and insatiable thirst for knowledge of a largely unheralded pioneer in computing - a young woman who stepped out of her father's shadow to achieve her own laurels and champion the new technology that would shape the future. 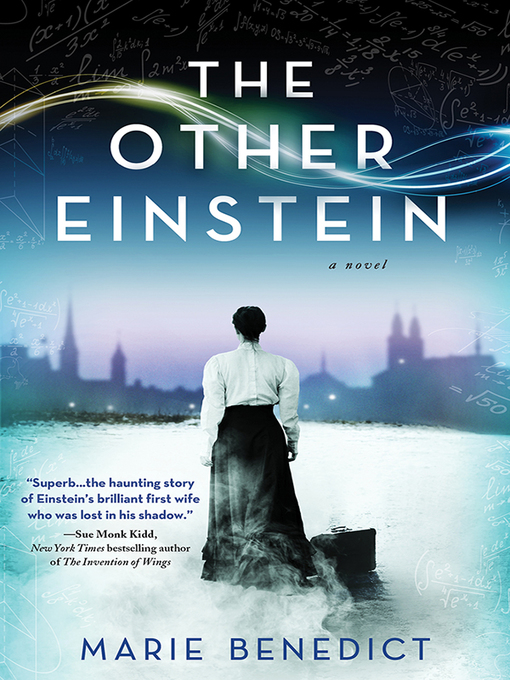 Mitza Maric has always been a little different from other girls. Most twenty-year-olds are wives by now, not studying physics at an elite Zurich university with only male students trying to outdo her clever calculations. But Mitza is smart enough to know that, for her, math is an easier path than marriage. And then fellow student Albert Einstein takes an interest in her, and the world turns sideways. Theirs becomes a partnership of the mind and of the heart, but there might not be room for more than one genius in a marriage. 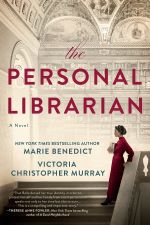 In her twenties, Belle da Costa Greene is hired by J. P. Morgan to curate a collection of rare manuscripts, books, and artwork for his newly built Pierpont Morgan Library. Belle becomes a fixture in New York City society and one of the most powerful people in the art and book world, known for her impeccable taste and shrewd negotiating for critical works as she helps create a world-class collection. But Belle has a secret, one she must protect at all costs. She was born not Belle da Costa Greene but Belle Marion Greener. She is the daughter of Richard Greener, the first Black graduate of Harvard and a well-known advocate for equality. Belle's complexion isn't dark because of her alleged Portuguese heritage that lets her pass as white--her complexion is dark because she is African American.