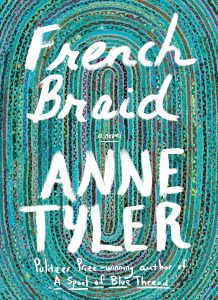 From the beloved Pulitzer Prize-winning author--a funny, joyful, brilliantly perceptive journey deep into one Baltimore family's foibles, from a boyfriend with a red Chevy in the 1950s up to a longed-for reunion with a grandchild in our pandemic present.

The Garretts take their first and last family vacation in the summer of 1959. They hardly ever leave home, but in some ways they have never been farther apart. Mercy has trouble resisting the siren call of her aspirations to be a painter, which means less time keeping house for her husband, Robin. Their teenage daughters, steady Alice and boy-crazy Lily, could not have less in common. Their youngest, David, is already intent on escaping his family's orbit, for reasons none of them understand. Yet, as these lives advance across decades, the Garretts' influences on one another ripple ineffably but unmistakably through each generation.

Full of heartbreak and hilarity, French Braid is classic Anne Tyler: a stirring, uncannily insightful novel of tremendous warmth and humor that illuminates the kindnesses and cruelties of our daily lives, the impossibility of breaking free from those who love us, and how close--yet how unknowable--every family is to itself. 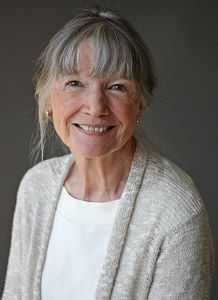 Anne Tyler was born in Minneapolis, Minnesota, in 1941 and grew up in Raleigh, North Carolina. She is the author of more than twenty novels. Her twentieth novel, A Spool of Blue Thread, was short-listed for the Man Booker Prize in 2015. Her eleventh novel, Breathing Lessons, was awarded the Pulitzer Prize in 1989. She is a member of the American Academy of Arts and Letters. She lives in Baltimore, Maryland.  - Author's website

In the Garrett family, each person is an island, mysterious and self-contained, yet, as Tyler reveals so deftly, all are inextricably connected. Her latest Baltimore-anchored, lushly imagined, psychologically intricate, virtually inhalable novel is a stepping-stone tale, with each finely composed section (after the opening scene) jumping forward in time, generation by generation. In 1959, Mercy is the wife of a stalwart plumber turned manager of her family's hardware store, the mother of temperamentally opposite teen daughters and a younger, dreamy son, and the story's heart and 3 core enigma. All Mercy, who can be merciless, wants to do is paint in solitude, and her house portraits, which feature soft-focused interiors in which one object is rendered in hyper detail, parallel Tyler's zeroing in on characters at key moments. Bossy Alice is forever baffled by Lily, her more passionate sister. David, a high-school drama and English teacher, surprises everyone by marrying the seemingly austere school nurse. One granddaughter inherits Mercy's artistic talent; a grandson thinks no one knows he's gay; and Mercy's long-suffering husband is a font of unshakable love. In closing, the pandemic brings together a household of Garretts and their neighbors in new, rejuvenating ways. At every leap, Tyler balances gracefully between tenderness and piquant humor, her insights into human nature luminous. HIGH-DEMAND BACKSTORY: Tyler is a phenomenon, each of her novels fresh and incisive, and this charming family tale will be honey for her fans.

Tyler (Redhead by the Side of the Road) returns with a dry and well-crafted look at a family that inexplicably comes apart over several decades. Serena Drew, a 20 something Baltimore grad student traveling with her boyfriend, James, thinks she recognizes her cousin, Nicholas Garrett, in the crowd at a Philadelphia train station in 2010, but she can't say for sure because she hasn't seen him for years. "You guys give a whole new meaning to the phrase 'once removed,' " James says, and wonders if "some deep dark secret" might explain why Serena rarely sees her aunt Alice or her uncle David, Nicholas's father. But the explanation, as it happens, is not so simple. This also turns out not to be Serena's story, as Tyler leaves the young couple for late 1950s Baltimore, where Alice; Serena's mother, Lily; and David are raised by their mismatched parents, a socially awkward plumber named Robin and begrudging housewife Mercy, who wants to be an artist. Once the parents become empty nesters, Mercy spends most of her days and nights in her neighboring studio. There are no big reveals, but Tyler's focus on character development proves fruitful; a reunion organized by the wistful Robin in the '90s is particularly affecting, as is a coda with David during the Covid-19 pandemic. As always, Tyler offers both comfort and surprise. (Mar.)

Author of the Pulitzer Prize-winning Breathing Lessons and the recent Man Booker Prize finalist Redhead by the Side of the Road, Tyler has always had a way with families. Her protagonists here are the Garretts, who don't necessarily seem that close. Mercy is more invested in creating artwork than tending to husband Robin or their three children--dependable Alice, wild-eyed Lily, and the youngest, David, who appears more than a little eager to forge his own way far from the homestead. In fact, the Garretts have only taken one vacation together, way back in 1959. Yet they clearly influence one another powerfully over the decades depicted here.

In her 24th novel, Tyler once again unravels the tangled threads of family life. This familiar subject always seems fresh in her hands because Tyler draws her characters and their interactions in such specific and revealing detail. Robin and Mercy Garrett and their three children seem oddly distanced from each other when we meet them during a 1959 summer vacation. Robin talks a lot about what everything costs, and Mercy is frequently absent painting the local landscape. Fifteen-year-old Lily is also not around much; deprived of her Baltimore boyfriend, she's taken up with an older boy who bossy, judgmental older sister Alice is pleased to opine is only using her. Seven-year-old David rejects Robin's attempts to get him in the water in favor of inventing elaborate storylines for the plastic GIs he's recast as veterinarians. As usual, Tyler deftly sets the scene and broadly outlines characters who will change and deepen over time as the Garretts traverse 60 years; individual chapters offer the perspective of each parent and sibling (plus three members of the third generation). We need to get inside their heads, because the Garretts seldom discuss what's really on their minds, the primary example being the fact that once David goes to college, Mercy gets a studio and eventually stops living with Robin altogether. All the children know, but since she appears for family 4 gatherings--including a weird but moving surprise 50th anniversary party Robin throws--no one ever mentions it. Tyler gives the final word to David, who, like his mother, has maintained tenuous family ties while deliberately keeping his distance. Families are like the French braids that left their daughter's hair in waves even after she undid them, he tells his wife: "You're never really free; the ripples are crimped in forever." It's a characteristically homely, resonant metaphor from a writer who understands that the domestic world can contain the universe. More lovely work from Tyler, still vital and creative at 80. Copyright (c) Kirkus Reviews, used with permission. 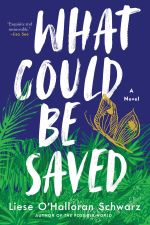 Laura Preston is a reclusive artist at odds with her older sister Bea as their elegant, formidable mother slowly slides into dementia. When a stranger contacts Laura claiming to be her brother who disappeared forty years earlier when the family lived in Bangkok, Laura ignores Bea's warnings of a scam and flies to Thailand to see if it can be true. But meeting him in person leads to more questions than answers. 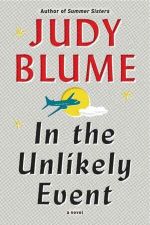 In the Unlikely Event

In 1987, Miri Ammerman returns to her hometown of Elizabeth, New Jersey, to attend a commemoration of the worst year of her life. Thirty-five years earlier, when Miri was fifteen, and in love for the first time, a succession of airplanes fell from the sky, leaving a community reeling. Against this backdrop of actual events that Blume experienced in the early 1950s, when airline travel was new and exciting and everyone dreamed of going somewhere, she paints a vivid portrait of a particular time and place--Nat King Cole singing "Unforgettable," Elizabeth Taylor haircuts, young (and not-so-young) love, explosive friendships, A-bomb hysteria, rumors of Communist threat. And a young journalist who makes his name reporting tragedy. 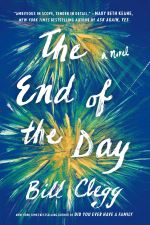 The End of the Day

A retired widow in rural Connecticut wakes to an unexpected visit from her childhood best friend whom she hasn't seen in forty-nine years. A man arrives at a Pennsylvania hotel to introduce his estranged father to his newborn daughter and finds him collapsed on the floor of the lobby. A sixty-seven-year-old taxi driver in Kauai receives a phone call from the mainland that jars her back to a traumatic past. These seemingly disconnected lives come together as half-century-old secrets begin to surface.